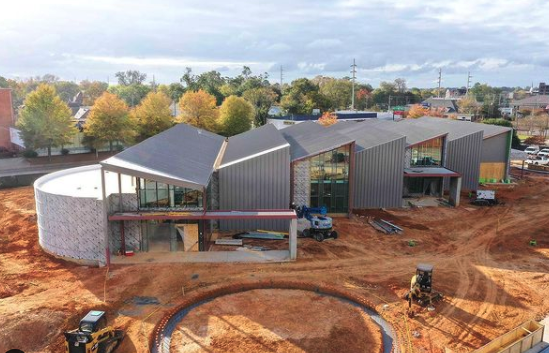 “I’m excited and anxious for the community to see how all of their hard work and commitment and support has made this magical space a reality,” Liz Wilson, the museum’s executive director, told The Meridian Star.

Visitors will need to reserve a timed ticket for opening day, March 27. General admission is $10 per person.

The museum was the idea of three mothers: Wilson, Kimberly Denison and Kim Bowers, the newspaper reported. In 2015, they sought advice from the Mississippi Children’s Museum in Jackson about starting a children’s museum in Meridian.

The Jackson museum challenged the three women to raise $25,000 in seed money. They doubled that amount in less than a month, according to MCM-Meridian’s website.

A feasibility study showed support for a children’s museum in Meridian. In 2016, the Mississippi Children’s Museum’s board of directors voted unanimously to move ahead with the project.

The museum has indoor and outdoor exhibits. Some are inspired by the Meridian area, such as a theatre that resembles a former opera house now known as the Riley Center and a water table that is modeled after Dunn’s Falls and the Chunky River.