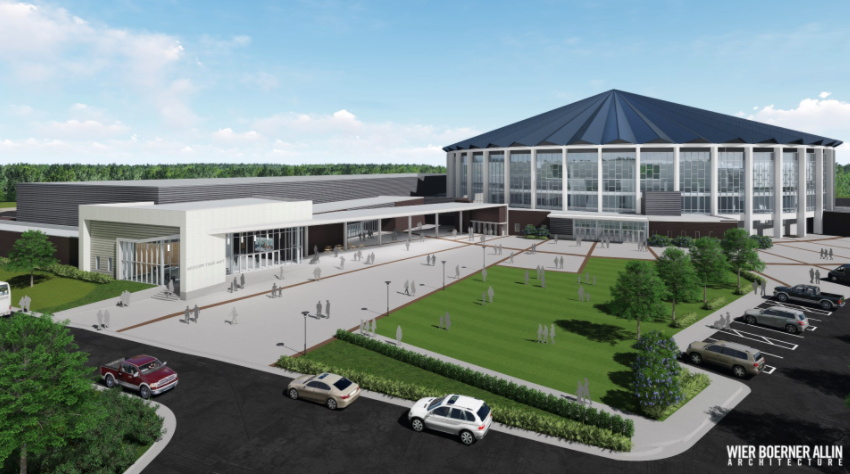 Commissioner of Agriculture and Commerce Andy Gipson will officially cut the ribbon at the new Mississippi Trade Mart on the State Fairgrounds on Thursday, October 1. A building dedication will take place at 8:30 a.m. in Exhibit Hall A. Following the dedication, there will be a ceremonial ribbon cutting at 10:00 a.m. in the foyer of the new Trade Mart. The public is invited to attend.

Miss Mississippi Mary Margaret Hyer will open the building dedication program with a rendition of “The Star-Spangled Banner,” followed by musical performances and remarks by local faith leaders. Following the dedication, Governor Tate Reeves and Commissioner Gipson will provide remarks at the ribbon cutting ceremony at 10:00 a.m.